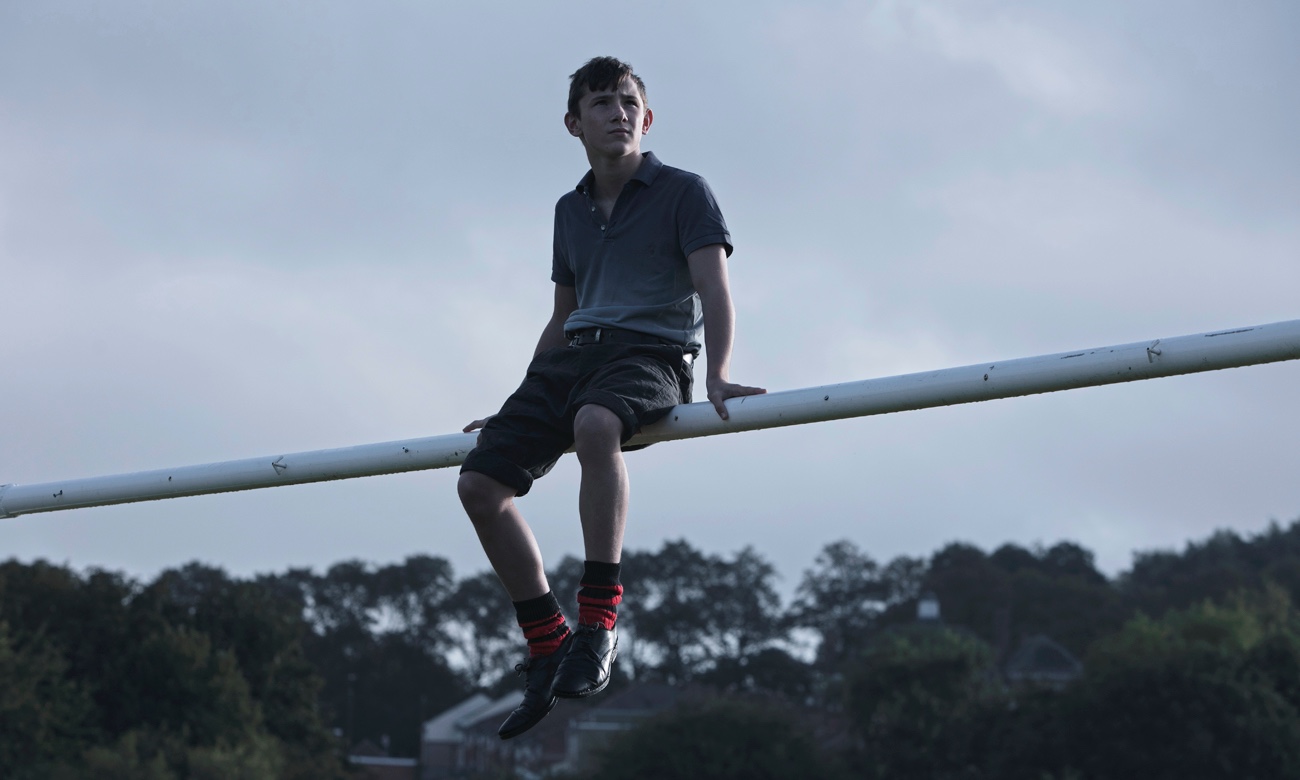 I was deep inside the crucially important early stages of Always Wear Red at the time.

I was thinking deeply.

I was investing deeply, too.

It was the only way.

I was learning deeply.

I was learning daily.

Because I didn’t really know what I was doing.

As my legs pedalled me through Newcastle where I live.

As my mind pulled me between London and North Yorkshire and Scotland and Birmingham.

All the places that product was being prototyped.

I glanced up and saw a young boy walking towards me.

He was carrying something.

The something he was carrying was 2 feet tall.

I knew it was heavy because he was straining a little.

And this thing he was carrying was so tall that he had to lean his head right.

Just to see around it.

And this thing he was carrying.

As the young boy got closer.

This young boy that was no older than, say, 14 years old.

I could finally make out what he was carrying.

And there he stood.

Against the backdrop of the urban Newcastle landscape.

It turned out that the boy was taking the Golden Eagle to the falconry where he worked.

Or so he said.

And this is when my personal ‘Kes’ journey began.

It is where my personal ‘Kes’ journey continued from where it had began 35 years earlier.

Because I was 15 when I first saw the film.

It was at that moment that I saw my favourite film come to life, you see.

And even though Ken Loach’s film ‘Kes’ was made 50 years earlier.

And Billy would no longer be a boy.

I visited the falconer.

And I asked John Kirtley if he’d seen the film Kes.

I asked John Kirtley if he knew who Billy Casper actually was.

He lifted his shirt.

To show me a chest-wide tattoo.

I told John I wanted to do a photoshoot.

He was our new Billy Casper.

Even though he didn’t know it at that stage.

Dan is the only photographer I wanted to do this work.

Because Dan is the only photographer I ever worked with.

That listens to a brief.

Then completely fucking ignores most of it.

Then does work that is better than I, or probably anyone else, could have ever imagined.

Then, I asked Terry McStea if I could hold an event to premier Dan’s photography at the North East’s best Design Centre.

I asked Billy Casper to come along, too.

The boy I’d known from my childhood.

The boy that played Billy Casper in his childhood.

The boy that won a BAFTA for doing so.

I asked David Bradley to be at the photography premier.

And so were the BBC.

I bought every copy of Kes that HMV had.

I had lunch, and learned about Ken Loach’s favourite scene from his favourite film.

A scene that was never actually captured on film.

Because unbeknownst to Ken the film can had emptied by the time the scene had played out.

And so it became a scene that could never actually make the final cut.

On the evening of the event.

This is a Dan Prince film.

A hundred people watched as, on stage, David and I discussed the film.

A hundred people watched excerpts from the film.

And as a hundred people watched the closing scene.

Because as David later explained.

David never watches the end of the film.

Because David has never stopped being Billy Casper.

At the end of the evening.

The original singer from The Toy Dolls was there.

Pete is another man that, like David, I’d never met until that day.

And Pete is another man that, like David, remains a good friend until this day.

Photographs that now appear on one of Pete’s books, Triggers.

And a year later.

David came to stop at my house.

And Pete, David and I – with a new friend Carlo – appeared in another mychael experiment – the dinner.

What did I learn?

It is simple really.

If you want something amazing to happen… 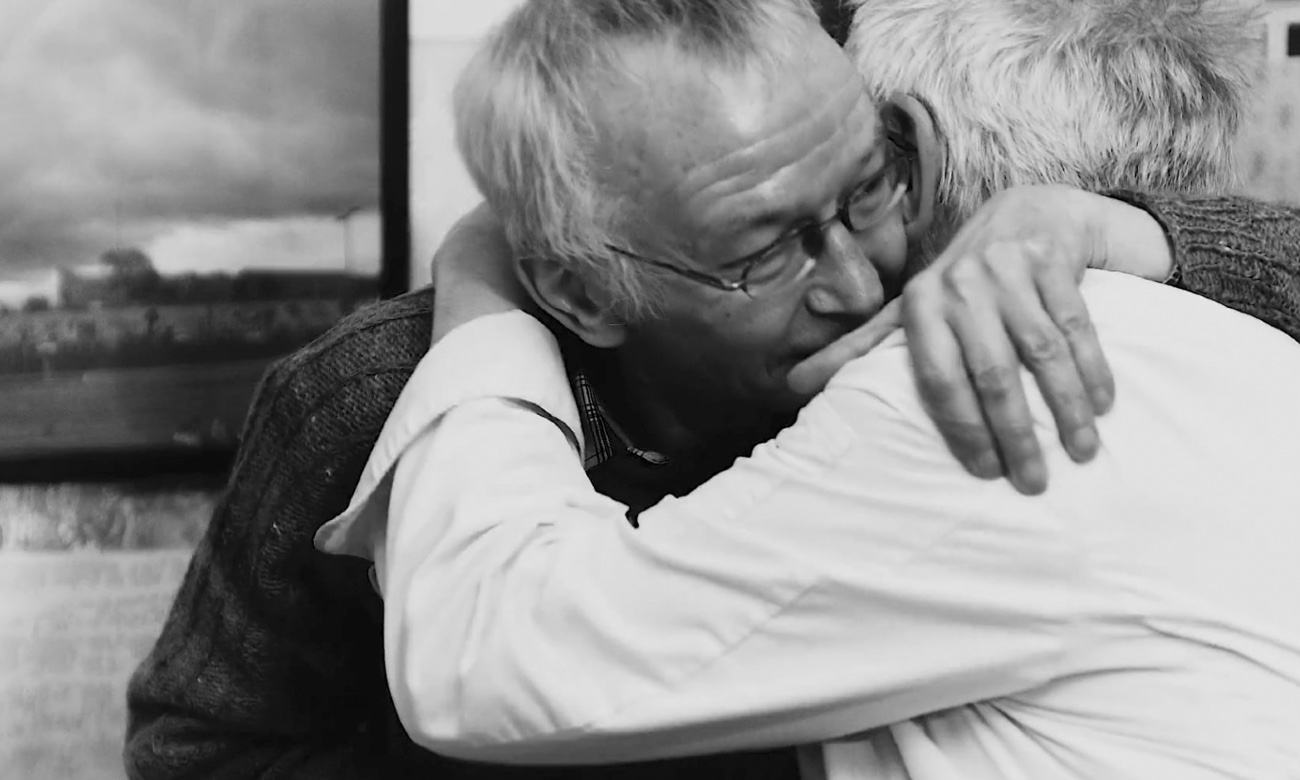 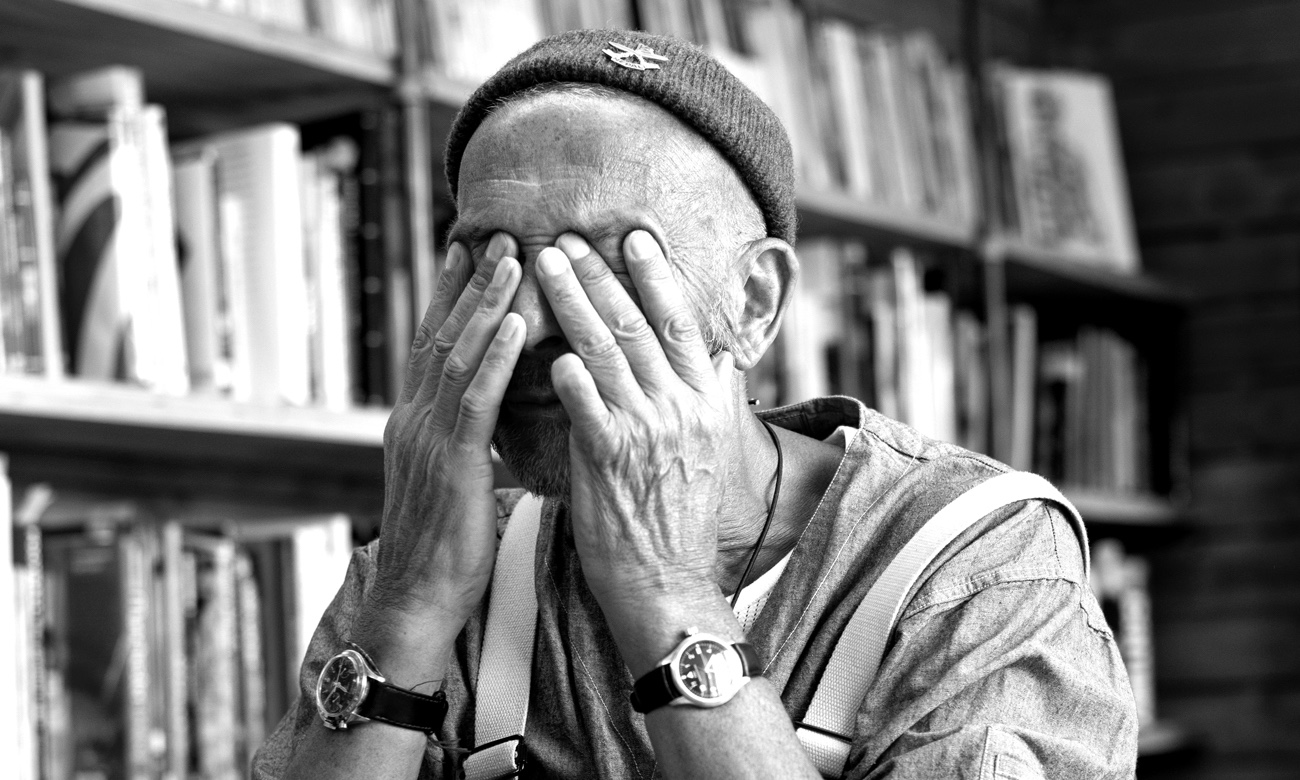